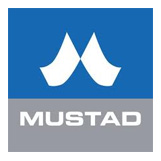 Libero Pony is a shoe range especially designed for ponies.

Pay over 3 EQUAL zero-interest instalments of R22.81 with PayJustNow.
Find out how...

Here’s how it works:

PayJustNow allows you to pay for your purchase over 3 equal, zero interest instalments. You’ll pay one instalment at the time of purchase, the next at the beginning of the following month and the last one a month thereafter.
#zerointerest

Browse your favourite online stores and proceed to check-out.

Choose PayJustNow as your payment method.

Create your account as easily as if your eyes were shut (though we’d recommend you keep them open).

Complete your purchase and whoop for joy!

Libero Pony is a shoe range especially designed for ponies.

It forms part of the Libero family and is based on the results of an in-depth study on pony hoof conformation focussing on hoof differences across various European pony breeds.

The Libero Pony was developed with the support of an international team of experts and thorough extensive market testing.

Significant differences to the Libero pony horse shoe include:

Recommended nails for this horse shoe:

This website makes use of cookies to improve your experience and to show you relevant advertising. By clicking “Allow All”, you agree to the storing of cookies on your device. Because we respect your right to privacy, you can choose not to allow some types of cookies. Click the “Manage Cookies” button to choose what you allow us to track.